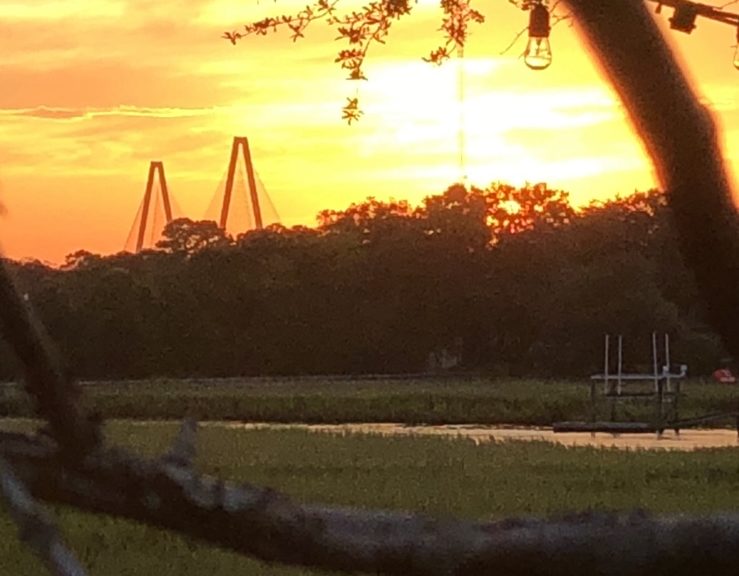 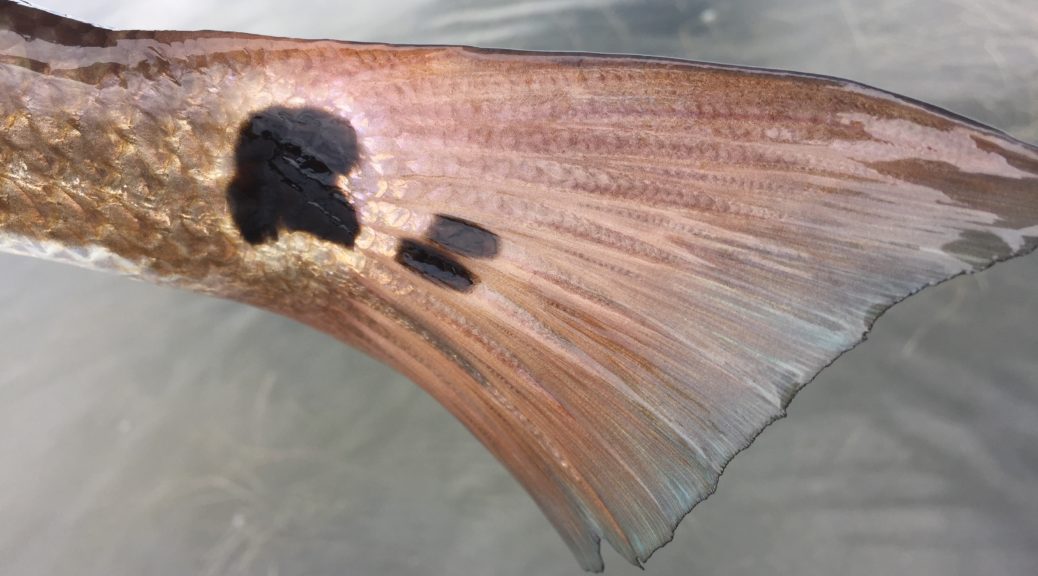 For decades Mosquito Lagoon has been know to some as “The Redfish Capital of The World”.  The area earned the title due to the presence of redfish of all sizes that roamed lush grass flats, shoals and oyster strewn bays.  The highlight being the presence of schools of  breeder size “bull” redfish in many areas that sustained the local population by remaining in the estuary to spawn.

Over the years, water quality has suffered and what was once an estuary known for its gin clear water has become a place where often times you will face limited visibility due to algal blooms and turbidity caused by a devastating reduction of seagrass.

Now more than ever, the guides that work in Mosquito Lagoon must be committed to loving the imperiled estuary.

Loving the estuary starts with how and where they fish, how they handle and release the fish and what they teach anglers about efforts to restore Mosquito Lagoon.

There are approximately 80 guides who may legally operate charters on Mosquito Lagoon.  Merritt Island National Wildlife Refuge is responsible for the permitting process and enforcement of commercial operations across a vast area.  The Law Enforcement Officers tasked with doing so are understaffed and underfunded.

Due to the wholesale lack of a law enforcement presence, guide operations are not unlike the wild west frontier.  Routinely you will see behavior that is unprofessional and unethical in the name of putting fish in the boat.

A large number of the permitted guides are merely part-time operators who merely see their trips as extra cash in their pocket, not a lifestyle or profession.  Their behavior in exploiting the resource is shameful.

The small number of working guides who are out there nearly everyday are working hard to highlight these problems and have taken on a leadership role in advocating for policies and practices amongst guides that will aid in sustaining Mosquito Lagoon.

If you’re looking forward to booking a fly fishing guide in Mosquito Lagoon, please make sure you’re supporting the resource by choosing a guide who has demonstrated a commitment to preserving and protecting it. 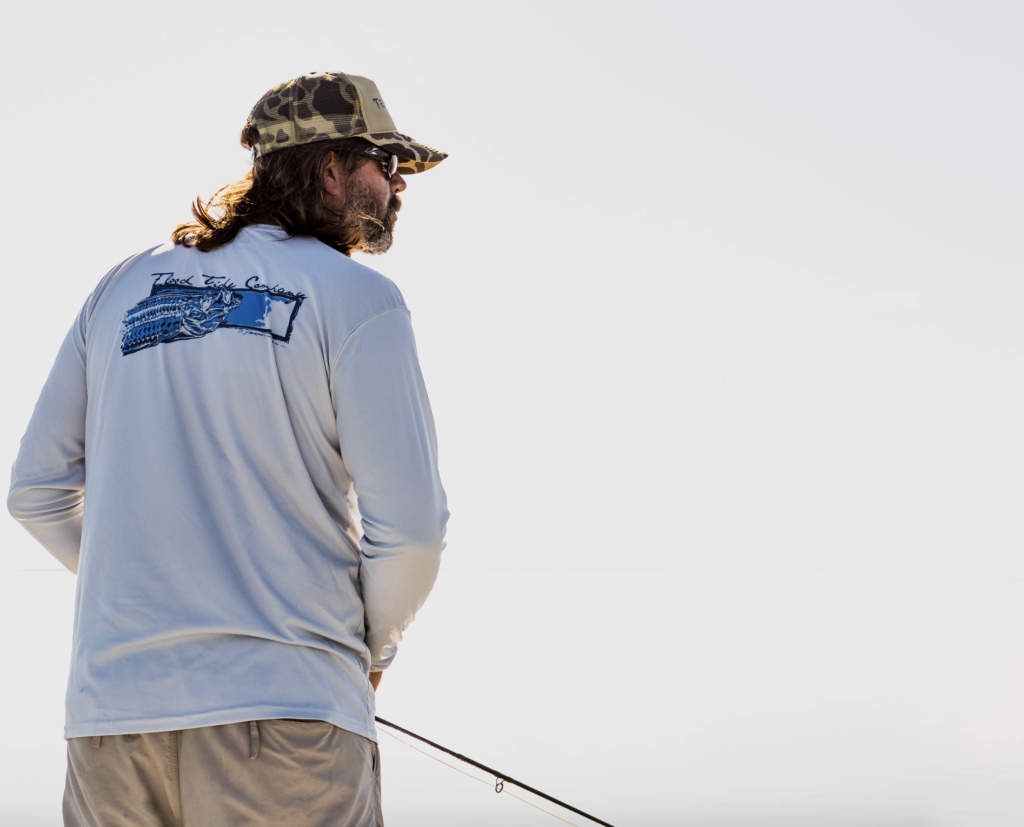 Not sure who that is?  Contact me and I’ll make sure you get the names of guides that I would trust.  I’ve spent a long time fishing alongside them and know who is worthy of your hard earned money.

More importantly, I know who loves the Lagoon. 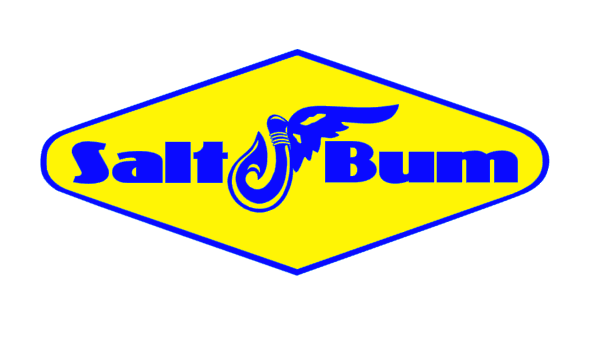 Recently, the family and i loaded up and headed north to Charleston to meet up with other friends and attend an annual social event hosted by Flood Tide Co. 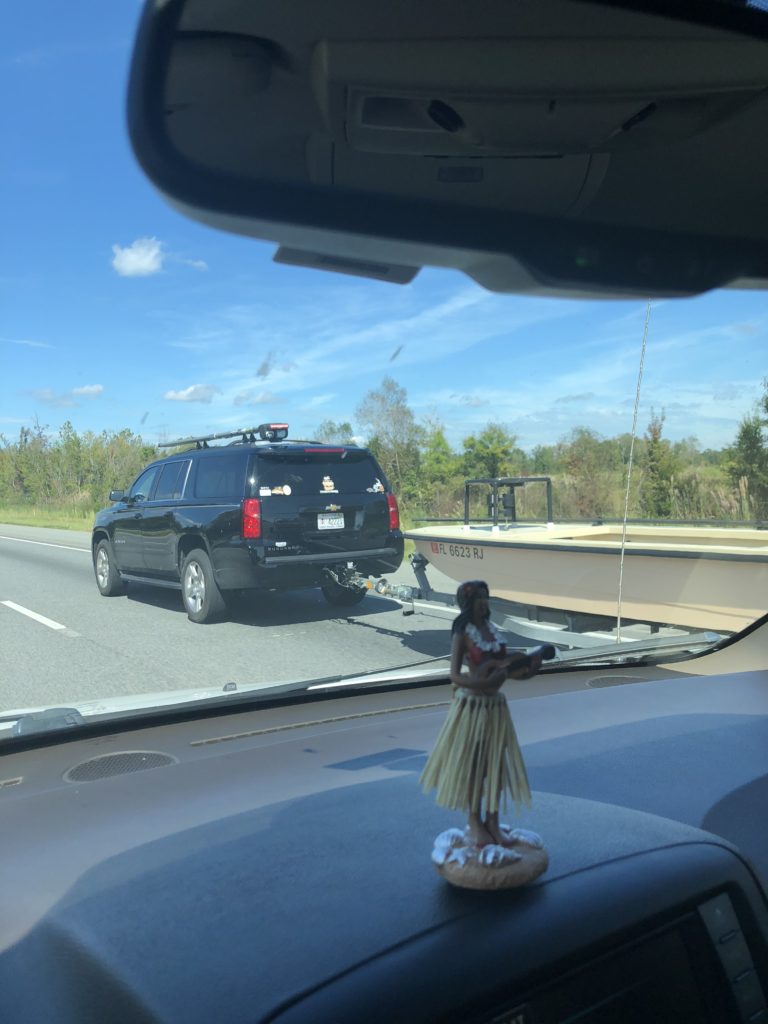 I’ve been friends with the founders of the lifestyle brand for years and it makes going to the event more like a family reunion.

While in Charleston there are a multitude of amazing places to eat, drink and generally enjoy yourself.  We made sure to take full advantage.

The first that is referred to in the title came for my friend Marc.  He had never fished a flooded spartina grass meadow for tailing redfish, so it was a priority to give him a shot to cross off a bucket list item.

Despite being windier than most would like, we found a couple of kindred souls willing to brave the gale and swell on the Wando River on Friday morning.

We powered through sporty conditions as the wind and tide worked against each other, stacking up chop that at times made me wonder why we had ignored the small craft advisory.

Once we made our way far enough up the river, leeward shorelines welcomed us.

Marc took the bow of my skiff and we started our search.

His wonder and excitement was palpable.  It was truly special to see his wonder and amazement as we pushed along over a meadow that had only hours before been high and dry.

We finally spotted a redfish tailing and maneuvered into position for a cast.  The ending was less than favorable thanks to a “trout set”.

With a mistake behind us, we found another fish and began what would turn into a 8- 10 minute game of cat and mouse as the fish would appear and disappear in the grass, moving along in search of prey with zero clue as to our presence.

The pace got a bit frenetic as the wayward redfish moved steadily towards us.  Casts were going long, wide, short; pretty much everywhere they could without being in the “spa” they needed to be.

In response to my suggestion; “hit it on the head…” Marc’s fly dropped by the fish’s left eye, maybe 3 inches away.  The response by the redfish was a definitive surge to inhale the crab. 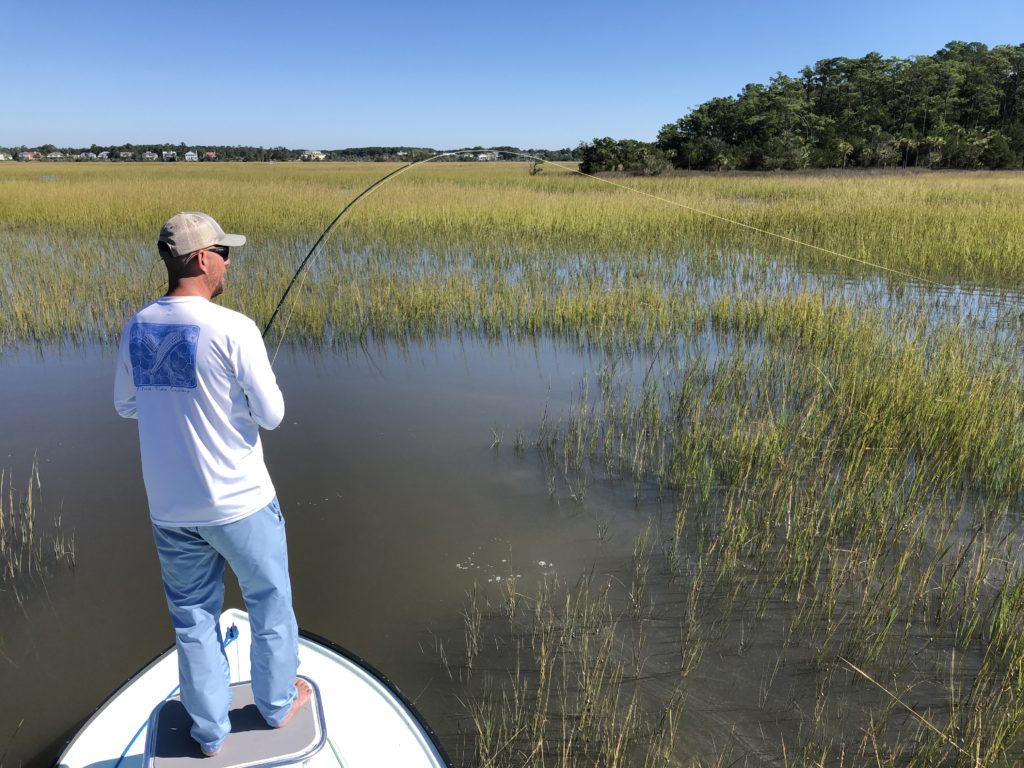 And, just like that, Marc had his first Lowcountry redfish on the fly. 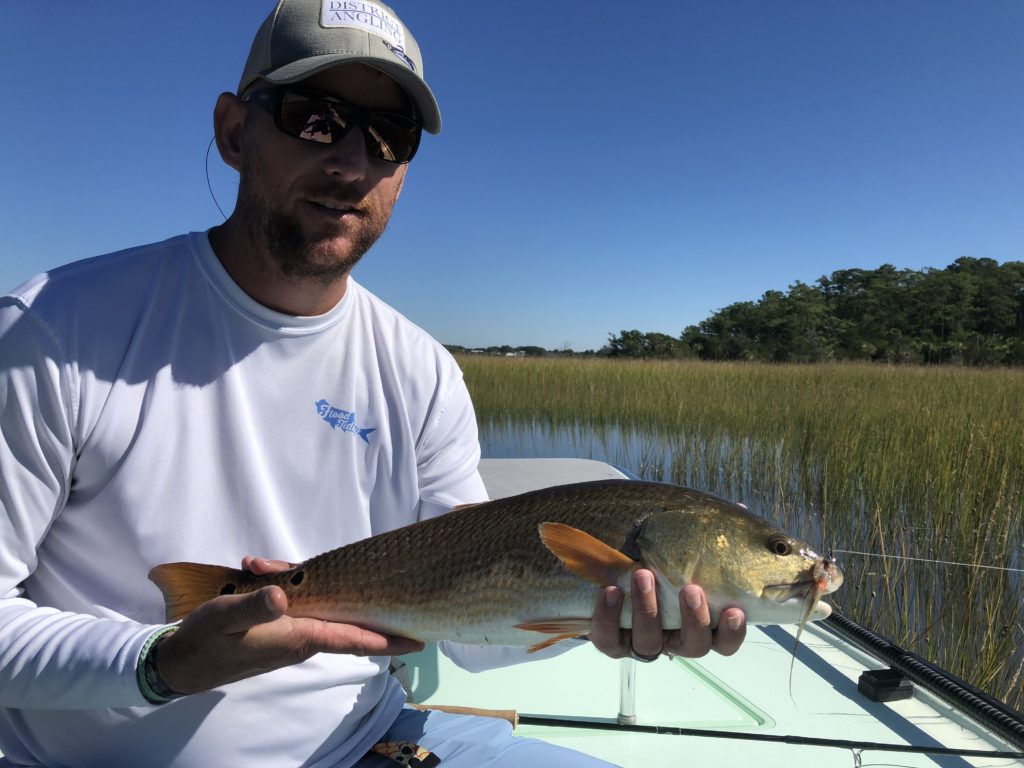 We had a hard time wiping the smiles off our face the rest of the day.

Firsts do that to a man.

Fly Anglers are typically found outdoors when the sun is shining or about to be.

The exploits that happen before and after the sun makes its trek from east to west are the stuff that brings it full circle and creates the basis of the lifestyle.

You know you’ve shot beer out both nose holes at the campfire, thats what I’m talking about.  Unedited, raw and no volume button in sight.

You can find that fly fishing vibe here:  Fly Fishing After Dark

From stories being recount from a day on the water, to analysis of the latest fad sweeping Instagram, you’ll get a fresh new perspective that hasn’t seen the desk of an industry insider before the publish button is clicked.

After spending two days at the Flood Tide Company booth, I ducked out to film a little with Catch 1 Films on the home water; Mosquito Lagoon.

Its always great to spend time on the water with friends.  Being able to relive the moments in film is priceless.

The lunar influence on the tides around Mosquito Lagoon are measurable, but unlike the tides of the spartina flats to the north it is a sustained level that impacts the estuary more so than the periodic incoming and outgoing tide cycle.

Fishing the flooded spartina in St. Augustine and Jacksonville is no doubt a worthwhile experience, but there are “flood” opportunities in Mosquito Lagoon. One of the most readily accessible of these atypical high water season fishing areas is manmade.

Over past decades the quest for control of salt marsh mosquitoes lead to the digging of many ditches across the entire lagoon to reduce breeding habitat. More recently, there has been an ongoing effort to remove the unintended consequence of this work, artificial upland areas created by piling spoil adjacent to the cuts.

Use Google Maps to locate remediated ditch lines where water is now allowed to sheet along the marsh and on high tides you will find redfish meandering along in the mangrove shoots looking for an unsuspecting crab or mosquito fish.